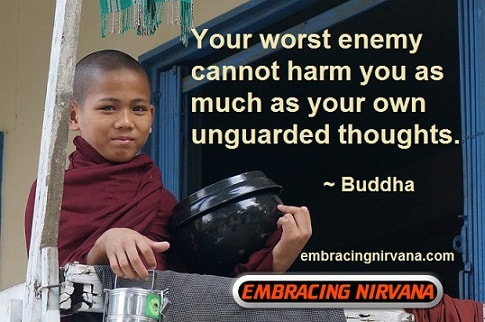 The word Hypnagogia comes from the Greek words Hypnos meaning sleep, and Agogeus meaning guide, therefore it is a word to describe the moment that you are being guided into sleep.

The Hypnagogia state, also called the Hypnagogic state is the one that you enter into just before falling asleep. You will find yourself in this state as you are on the verge of falling asleep every night. This state is marked by sensations of falling, lucid thoughts, sleep paralysis, and dream like visions appearing while still being aware of being in the present moment.

This state may seem frightening to some, but it is a state that we all enter into briefly just before falling asleep. During this state you may hear buzzing, or whirring noises. You may also see things such as checkerboard patterns, straight lines going up and down, or even sideways. Another common vision while in this state is that of a tunnel opening up in front of you, and the room becoming pixilated as you look out into it.


I would like to share with you my own experiences with this altered state now. I remember vividly as a child laying in bed, and staring at the ceiling desperately waiting to fall asleep. I think that I had insomnia pretty bad back then due to frequent nightmares. I had a small nightlight in my room that dimly lit my bedroom, as if that would protect me from the visions in my sleep coming from my own mind.

I saw a face appear high above me. It was a face, and head, but it wasn't scary looking, just a normal looking person with a calm expression. It was the face of a man with short brown hair. This face would look back at me, and then move towards me in an arch. He would open his mouth as his face was right above mine, and as he did, a white glowing dot appeared in his otherwise black mouth. This face would then move away, and go back up towards the ceiling as he closed his mouth again.

I have not seen this vision of the face above me since I was a child, but I have seen the glowing white area that appeared in his mouth many times. Even now I could stare off into space while my mind is at rest, and briefly see the area I am looking at become slightly pixilated, and a Whiteish area appear in the middle of it all that disappears as soon as I pay attention to it.

I have mistakenly shared this story with people that I have known who did not understand, or were not "Awake", as Buddha said. Their response was that it was probably a problem with my eyes, and I should go see an eye doctor about it.

I believe that I was in my early 30's when I first went to a New Age type of seminar. There were many speakers there who each had about 15 minutes, or so to give a speech on their selected topic. The topics included, Humans in mass being ready to ascend to the next dimension, The Khndalini and Chakras, Reincarnation and Past Lives, but the one that touched me the most was a speaker talking about The Power of Your Words.

This speaker took the stage, and began his speech. He was an ordinary looking guy with short brown hair. He was talking about the importance of being mindful of your words, and as he spoke and said, "Words", he melodramatically opened his mouth, and pointed to it with his finger. He covered his teeth with his lips, and I saw a Whiteish area open up inside of his mouth.

I only half paid attention to his speech after that, as I thought, "That's what I saw when I was six years old." I was left wondering if the universe was trying to tell me something. Perhaps I needed to be told that symbolic message as a young child, but I didn't listen to the message that was delivered to me the only way possible. It was only when I went to the, "New Age" seminar thirty years later that I understood.

I don't know if the face was created through me being in the Hypnagogia state, or if it was just the imagination of a young child that use to be me, but it was one heck of a coincidence.


There is a quote from the movie, The Wolf of Wall Street where Jordan Belfort says, "Quallude, or Lude as it is commonly referred to was first synthesized in 1951 as a sedative, and was prescribed to stressed out housewives with sleep disorders. Soon somebody figured out that if you resist the urge to sleep for just 15 minutes you got a pretty good high from it." - The Wolf of Wall Street

If you resist the urge to sleep for a short time during the Hypnagogia state, it can be used as a powerful tool. It will be helpful with Creative Visualization, and it is the prelude to such things as, Lucid Dreaming, Remote Viewing, and Out of Body Travel as well.

Some of the greatest minds in history understood the power of the Hypnagogic state, for example...

Salvidor Dali would "Slumber with a key." Salvador would sit down to take a short nap in a chair while holding a key between his fingers. He had placed a plate on the floor directly under his hand holding the key. As he fell asleep the key would drop from between his fingers, hit the plate, and make a sound waking him from his ever so short nap. Upon waking his mind would be full of creativity, and it was the inspiration for some of his greatest works of art.

"There is however, a class of fancies of exquisite delicacy, which are not thoughts, and to which as yet I have found it absolutely impossible to adapt language. They arise in the soul only at its epochs of most intense tranquility. When the bodily and mental health are in perfection, and at that mere point of time where the confines of the waking world blends with those of the world of dreams. I am aware of these fancies only when I am upon the very brink of sleep with the consciousness that I am so."

Edgar sure had a way with words, didn't he?

Albert Einstein used a similar method as Edgar Allen Poe to take advantage of the Hypnagogia state, except he held a pencil, or spoon above a plate as he rested in a chair. When the spoon hit the plate, the clanking noise would awaken Einstein filling his mind with new thoughts, and visions. Einstein revealed that this Hypnagogic state flooded his mind with images, and ideas that were vital to his most important discoveries.


Now it is your turn to Embrace the Nirvana of the Hypnagogia / Hypnagogic state. (Sorry, I had to work Embrace Nirvana in here somewhere... : ^)

I have used the following method with great success. It is a technique I have used to initiate the start of many things which some would call esoteric in nature.

Begin by relaxing your body. Find a comfortable place to sit, or lay down. Your comfortable spot must be quiet, and free from distractions. You will be entering into a Hypnagogia / Hypnagogic state, use your own discretion to determine if this is comfortable, and safe for you to partake in.

If the breathe for four, and hold for two heartbeats pattern is too difficult for you to achieve then change to an inhale for 2 heartbeats, and hold for 1 heartbeat pattern. Likewise if you feel that you are not getting enough air from the 4 - 2 pattern, than increase your breathing to a 6 - 3 pattern, or whatever feels most comfortable for you.

Now you will focus your attention on your feet. Think about relaxing your feet, and a tingling sensation entering through the bottom of your feet, and covering them with a feeling similar to the, "Pins, and Needles" feeling you get in your arm, or hand when you fall asleep with your arm underneath you.

Imagine this sensation is now slowly going up your legs, allow the tingling sensation to move up your legs while still maintaining your breathing pattern.

Your arms should be hanging down at your sides. As the tingling sensation moves up your legs to the point where your fingers are, allow the sensation to move up your fingers, and into your hands as well.

Finally bring the sensation into your head. Feel the tingling sensation envelope your head, and face. Allow your mind to be peaceful, and relaxed before moving this sensation out of the top of your head. Now your whole body should be relaxed, and tingling, while your mind is still partially awake, and focused on your breathing.

You should now be entering into a Hypnagogia state. Concentrate on letting yourself drift on the edge of sleep while fighting the urge to sleep. Pay attention to the thoughts coming into your head, pay attention to the visions that you see while in this state.

You have just begun awakening new states of mind, and learning to listen to the wisdom, and enlightenment that dwells within you just waiting for you to listen. Are you paying attention?

Listen to your inner wisdom, and begin to Embrace Nirvana.